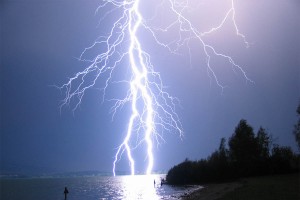 Delphine threw her arms around Don, grabbed his hair, and pulled him into a deep, heated kiss. Laughing, Don withdrew the oversized Teddy Bear she crushed between them before resuming their passion. Finally, she broke away. “I just can’t believe you remembered!” she said, breathless from their exertions. “I mean, I told you that story months ago.”

“What can I say?” Don grinned and swatted her butt playfully with the giant bear. “I’m the perfect boyfriend.”

Delphine giggled, then pointed at a small box thrown haphazardly onto the bed. “But do you like my gift?”

Her perfect boyfriend put his jacket back on, withdrew the bright silver cuff links from the box and attached them before inspecting his appearance in the nearby vanity. “If I didn’t know any better, I’d say they make me look even more handsome.”

Delphine guffawed and threw a pillow at him, then sobered. “But do you have to go now?”

He bent down to give her a surprisingly chaste kiss before replying. “Yeah,” he said. “Sorry, babe, but that meeting with the investors can’t wait. I’ll be back later.” Then he picked up his briefcase and walked out the door.

In the parking lot, he adjusted his tie, beeped his car door, then consulted his phone as he sat down. The nanny cam he’d planted in that stupid bear turned on, and he saw his beloved Delphine as clear as day–clear as black and white, anyway. It was a ridiculous formality, but he dealt with shady people daily; his rules were the key to his survival, and he hadn’t lived this long without following them.

Soon he would have proof of what he already knew in his heart: she was the perfect woman.

The woman pulled her silk robe over her smooth, dark shoulders, tied the belt, then walked to the computer and sat down. A few keystrokes later, a face appeared on the screen before her. “Is it done?”

“He fell for it, don’t worry. He’s such a clothes horse, he’ll wear those tacky cuff links everywhere. We’ll hear where the deal goes down.”

The woman smiled, a grin that faltered with three sharp knocks upon her door.

“Did you forget something, hon’?” she called. Turning off the laptop, she adjusted her robe off the shoulders, carefully mussed her hair about her face, then opened the door.

Don stood before her, grinning wildly before pushing her into the apartment with a passionate kiss. “Turns out it was rescheduled, the meeting can wait after all.”

The couple slowly made their way to the bathroom, a trail of clothing in their wake. Once the shower was on, steaming the mirrors and filling the small room with the pitter patter of hot droplets, the man leaned in and bit her ear gently before whispering, “Now that we can’t be overheard, I have some things to tell you.”

The woman stiffened in his grasp, but he held her still inside the shower stall. She looked into his eyes, stretching all over like a cat, then moaned. “Oh, I didn’t realize you liked to roleplay,” she whispered. “That’s fine.” She extended the word fine so it ended as a breath in his ear. “What roles are we playing, Don?”

“My name’s not Don.” She smiled, and the man’s grin deepened. “And I know yours isn’t Delphine.”

She looked at him again, her eyes widened almost imperceptibly before regaining her cool. He could feel her mind spinning, trying to decide if he was on to her or not: was it some new fetish or did he know her secret? He knew she would keep up the act as long as possible; she’d had him fooled long enough for him to recognize she was an expert, gifted in the art of deception–just like him.

She was his perfect woman, after all.

One thought on “Friday Flash: Gifted”