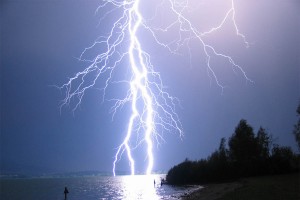 The strikingly beautiful brunette grinned at her reflection in the magic mirror.  The low cut black dress was flattering without being too revealing; she adjusted her sheer shawl over bare white shoulders and quickly headed out the door.

She saw her target waiting in the downstairs bar, a glass of fine whisky in his hand as he looked at the crowd swaying to the slow steady rhythm of a blues ballad. He eyed the many women in the undulating mass, a gradual smile spread his lips slightly, a predator selecting his prey. Taking a sip from his drink, he stood up and turned into the brunette beauty, spilling whisky down his crisp new suit and nearly falling in the process.

“Hey, handsome,” she said, the predatory smile on her own face a perfect reflection of his own. “Oh, I’m sorry. Let me get that for you.” She ran one long, slender finger up his front; her red nail made a zipping sound as it scratched against the suddenly dry fabric. “That better?”

“Really? You sure? You wouldn’t rather go after that sweet young thing over there?” She gestured disdainfully at the woman he had been watching the moment before.

“No, of course not,” he said. “I thought she might be a good match for Hermes, because, you know–”

She shushed him with one red painted nail to his lips. “Hon’, no talk about the kids on ‘date night,’ remember?”

“Oh,” he said, then breathed, “you truly are a goddess.” He ogled her sleek form all the way up to her large brown eyes and full red lips. “See what you do to me? I lose my head when I’m around you.”

His wife’s smile was secretive and seductive. “So, handsome,” she purred, “let me get you another drink.” A glass of champagne suddenly appeared from nowhere. She offered him the glass with one hand, her own pina colada in the other, and they entwined arms before sipping from their drinks. “Now, where were we?”

*Image courtesy of BigFoto.com
*I’ll admit, Hera has been on my mind a lot, ever since completing my 2016 NaNoWriMo, so I thought it’d be fun for them to have a date night where Zeus has to pick up Hera at a bar. I think she was tempted to impersonate a mortal to catch him in a dalliance, but she resisted on the advice of their marriage counselor.

One thought on “Friday Flash: Blind Date Night Out”